It’s been well over a month since I last wrote about my Shelterwood. All along it’s been residing in my back pocket. I’ve switched out from jeans to shorts, and I’m now working in my garden more and not riding the train.

The Shelterwood has survived: a sweltering hot face melting trip on the MBTA Green and Red lines to South Station, a walk in 60% humidity to the bus terminal and a 5 hour bus ride to Bangor, Maine, a 2 hour car ride up to Machias, Maine. It’s also survived my gardening. During time in the garden dirty gloves get shoved in my back pocket, spools of twine get shoved in there, knives are slid in and out of the pocket, and generally anything in my back right pocket gets abused. While this Shelterwood did survive it is much worse in wear than it has been before. 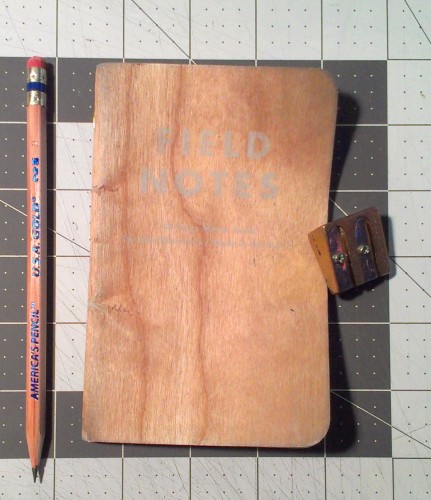 The cracks along the front  and back are larger and the chips and flaking around these cracks and creases have increased. The splintering on the spine and at the edges is increased. The corners are showing wear. The front cover is set in a permanent curl that is the shape of my right cheek. (You needed to know that.) 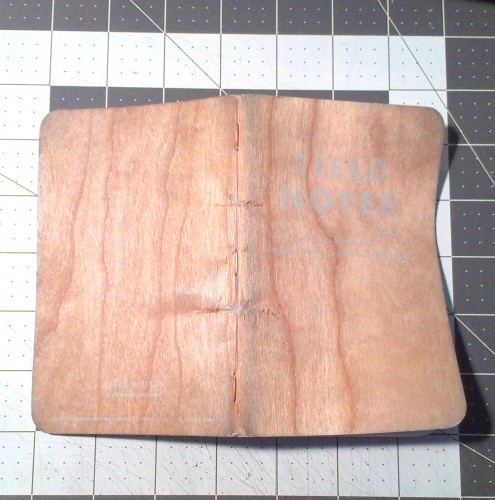 With all of that new damage, one thing has remained stable, the staples and paper are not loose. Not a single page has become detached or damaged. Other than some indigo transfer from my jeans on the corners, the paper is fine. 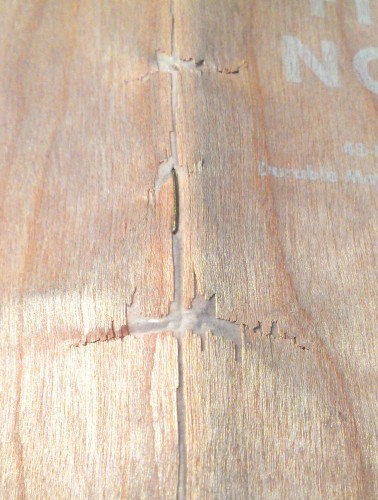 Now it would not be fair, just or whatever else if I didn’t mention something interesting that happened during my trip to Maine. While there I gave my Dad his father’s day gift: a vintage John Deere bullet pencil and a pack of Shelterwood. He ripped them open, remarked on the wood covering and really dug them. I took a look at his pack and was pretty dismayed to notice that one of the books was splintering and wood peeling off the cover already. My Dad didn’t care, he was going to use these the way they were intended, in fact he grabbed the damaged one the next day, shoved it into his front t-shirt pocket along with a bunch of farm stuff and a pencil, and went to work on the farm. In a few days it’ll be covered in dirt, grease, fertilizer, and other farm grime; the way these beauties were meant to be used. 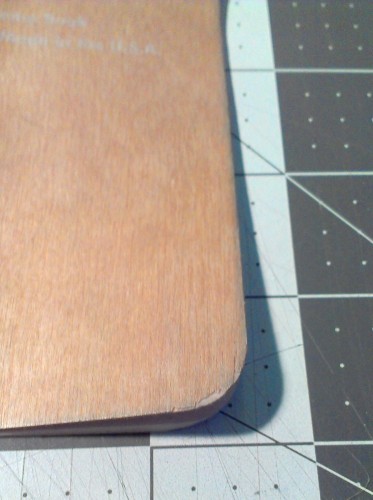 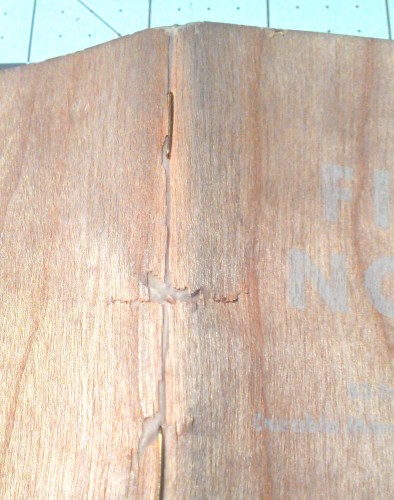 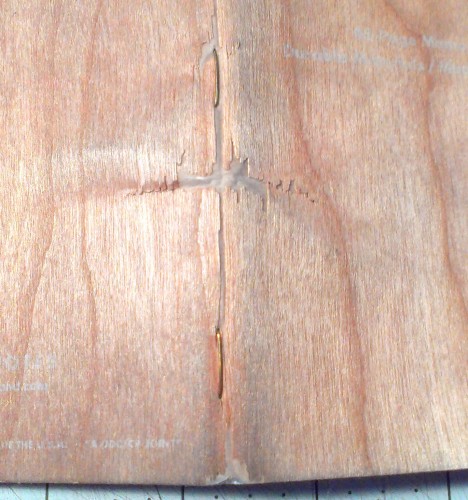