As I did with my review of the 73 I’m not reviewing the interior of the pencil, but the exterior. The balanced core of the Number 1 is the same core as the Pearl but perhaps with a few batch variants. I’ve not read any wild conspiracy theories about the No.1 being even slightly different than other Pearls, so we don’t need to explore that area. No in this case a Pearl is a Pearl. 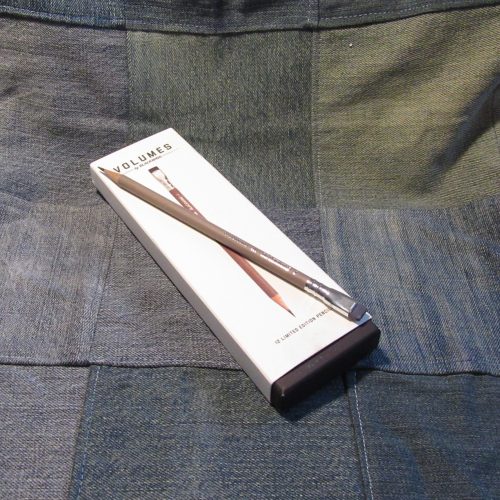 Starting in with the least different aspect of this pencil- it sports a shiny silver ferrule and a nice silver imprint. Like the 73 the No.1 has the new branding and font- little trees and the updated Palomino. It looks great on this pencil. 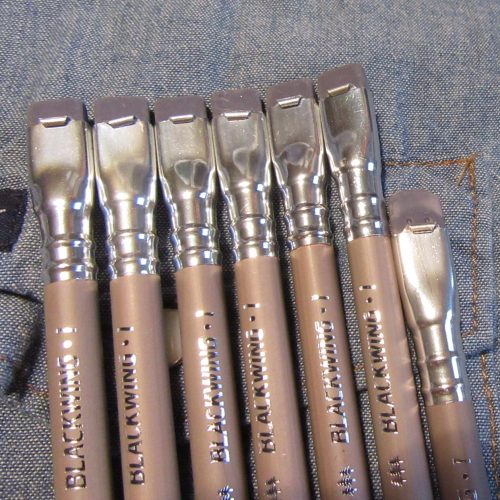 Held in the silver ferrule is an indigo blue eraser. It’s meant to be the color of chambray shirts but is a touch too dark. I was disgruntled that it was far too dark, then I used it. The color changed and with each erasure I found that it lightened, I realized that like chambray, the indigo eraser lightened and became the light indigo color I associate with chambray. A brilliant design choice, though not readily apparent. 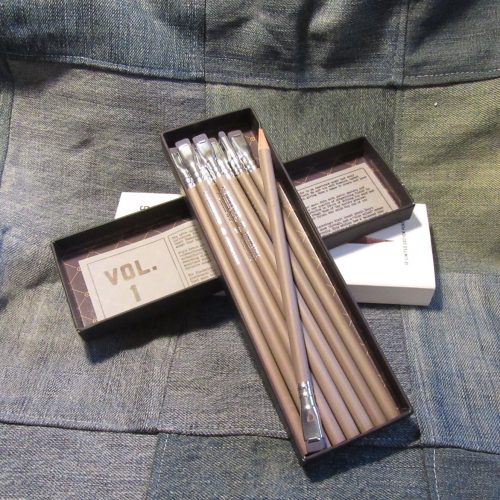 The pencil itself is gray washed. The warm color of the cedar shines through the thin gray paint. I love and loathe it in equal parts. Part of me wonders if I have come so far from my roots that I can actually enjoy a faux weathered pencil? Am I so far gone from my heritage that this is okay to me? Then I stuff the stub of the pencil into the pocket of my Wrangler chambray shirt and I feel better about life. 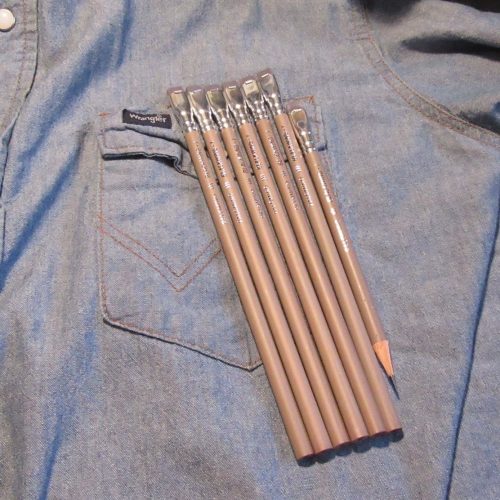 The biggest departure for this pencil is that it is round. I for one love round pencils. There are no pointy hex bits digging into my finger. I rotate it smoothly in tiny increments. I can sketch with it and build up wide points to create bold expressive lines. I love the round. Several people complained that their ferrules were not perfectly centered with the imprint. o_O I just can’t. If it bothers you, grab the pencil in one hand and the ferrule in the other and twist until aligned. First world problem solved. 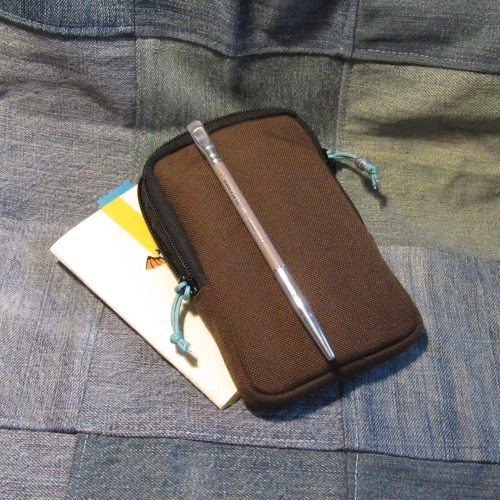 So the elephant in the room, the tribute. I decided to look up Guy Clark and wow, okay, maybe I’m too young, not cultured enough, but man, Clark’s music is the cure for insomnia. Great lyrics just boy, he had a boring voice. Not my cup of anything. So yet another white bro, though at least this guy sings the songs of the working class? I guess. In part, I feel like we’re getting back into the dudebros at Palomino making tributes to the guys they love. That’s fine, but frankly, I have not cared, at all, about virtually anything they have decided to make a tribute about. I feel like there is a total disconnect between the dudes in charge at Palomino and the folks who use their pencils. “I like these things so everyone else will too.” None of these things are universal. The 73 and the 211 seem to be the most widely received but I think that’s because their topics are wider than just the stuff a dude, who is about my Dad’s age, really digs. (One can make an argument for the 24 being well received but is that because of the new firmer core or because so many of us were forced to read Steinbeck in High School?)

So here is a gripe that I have. I come from a working class background. I’ve spent my fair share of time doing hard physical labor and I always find it irritating when rich folks want to highlight the working class. I talked a bit in RSVP about how you could always tell if someone was rich or poor growing up, because the rich folks stained their houses gray, while the poor folks let their shingles weather naturally, because they couldn’t afford to stain or paint their shingles. While it is certainly nice to enjoy the aesthetic, it is another to mimic it out of a lack of understanding. Just go listen to me yammer on over here. For the dudebro who tone policed me, language warning, though it’s bleeped for sensitive ears.

So overall, I really enjoy this pencil. I love round pencils. I love the Pearl core. I like silver ferrules and imprints. I love the color blue. I’m warming up to the grey wash. I don’t care about Clark’s music at all and frankly I’m finding it easier and easier to divorce the tribute from the pencil and just enjoy the pencils. Get some at Jetpens.

No affiliate links today, click the link and buy from Jetpens because they are awesome and maybe a few hits from CSS will get them to send me some stuff to review. I traded for the the goods in this review with my own handmade notebooks and no one influenced my review.