I’m surprised that I’ve never written about my digital writing tools on this blog. I’ll link to the tools and apps you’ll need to recreate my set up. 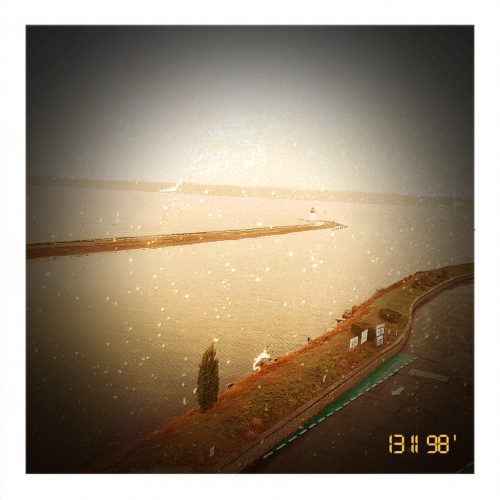 First I have a low end Lenovo laptop that I use as my main machine when I’m at home and at my desk. I had for a very long time a mid-level Asus that served me well for 7 or so years. The Lenovo is not even half the machine as the Asus. Given that most of my work is writing with some minimal image processing, which I largely do on my phone, the Lenovo has enough processing power for most of my needs. I’d enjoy being able to do a multicam video set up, but that can wait until later.

When I’m out of the house or even sitting in my reading nook, I use an Amazon Kindle Fire 7 inch (formerly an 8 inch.) The 8 inch has more processing speed and power over the 7 inch and if I had it to do over again I’d buy a second 8 inch instead of the 7inch. The 7 inch is the better machine for reading, so win some and lose some.

I pair this with a bluetooth keyboard, mine is the no longer available AmazonBasic BT Keyboard for android devices. If I ever need to replace it I’ll go for this one. I have a nice thick heavy duty case for this keyboard. I used to just throw a previous version into the laptop pocket of my backpack. I killed it.

The results of this, even with the cases, is a nice portable set up that is very lightweight and can travel anywhere.

I have spoken about my philosophy of NEVER writing on my work computer and only ever on my breaks. This helps me stick to that philosophy. Even if I don’t have my tablet with me, I can pair that keyboard with my phone and work in an ultra lightweight manner. Using your work computer leaves you open to all sorts of legal issues. A friend of mine had many issues when he worked on his novel on his work computer. His job had many down periods and it was a common occurrence, and accepted practice, for employees to work on school work and other nonwork related things when on the clock. But his bosses didn’t seem to think that working on a novel in those down times was okay. When he left the company it was very unpleasant and they made noise about coming after his novel and money made from it.

Anyway. To make the Kindle fire a good tool for writing you need to sideload the Google Play store, Drive and Docs. I also use the app JotterPad on my Kindle Fire. Sadly, JotterPad isn’t available for my laptop or I’d use it there as well. They do have an online version which does not seem like it is able to link to my account. JotterPad syncs across the cloud and saves to DropBox or Docs. They’ve integrated a lot of new features which you can learn about in app and on their website. I don’t use them YET, but might double down and more out of the minimal paid version of the app I’ve been using for years at ths point. Docs also syncs everywhere faster than anything else I’ve used.

In the years I’ve been using Docs as my main location for drafting, it has gotten leaps and bounds better. In the past my novels needed to be broken up into 10k word lumps, compiled into one final dreaft at the end for speed of loading and processing. In the past, loading took forever on any speed of the internet. Currently I’ve drafted my entire 50k nano novel into one single doc and while it takes a moment to load, it no longer takes 3 or 4 minutes, simply 30 seconds at most. Even on my older Android phone it is faster than ever before.

Anyway, once you have sideloaded the Play store you can load other drafting apps to the Fire, and use it to read. For me it has become an all in one machine I take with me everywhere. Battery life with BT is an issue, but a small portable battery pack solves that issue much of time. I have 2 that will fully charge the Kindle twice before needing to be recharged. No links to either since I have no idea of their brand or where my partner sourced them. I inherited them after she broke them and I repaired them.*

I will note that I do not have ANY social media on the Fire. I’ve disabled Alexa and eliminated pretty much everything but the reading apps, a couple of music apps, a Pomodoro timer, and the writing apps. I’m pretty weak willed when it comes to distractions and eliminating the ability to easily scroll over to FB or Insta keeps me on track.

*What? This isn’t how it works in all families? My partner breaks stuff, I fix it, then it becomes mine. 🙂

This post isn’t sponsored by anyone, however there are affiliate links to Amazon in here. If you do purchase via these links I might get a few pennies here and there, sometimes halves and quarters of pennies. Links to the apps stores are not affiliate links.