Muryō is a very personalized and interesting bullet journal indexing system. Muryō is the brainchild of Jessie Friedman and reflects his bullet journaling methods. Consider Muryō to be an add on for your bullet journal.

In the Three Month Pack of Muryō you get 3 folded cards. They designed these to fit well in a regular A5 Leuchturm1917. They fit in my regular A5 sized ScribblSheets okay, but the fit wasn’t perfect. We’ll get to why that was important. It was a bit short all around. 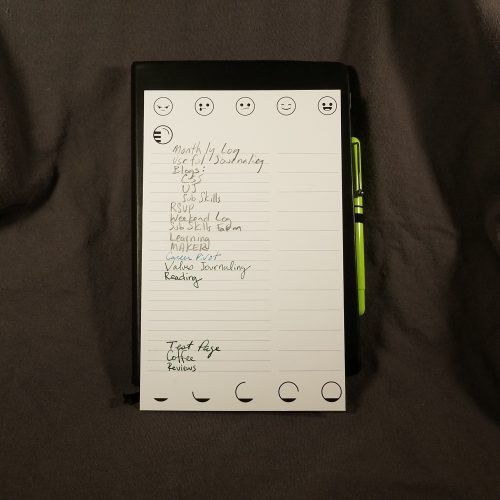 One side of Muryō has some mood and habit tracking icons and lines for creating an index with scribbled on “tabs” for finding the items in your notebook. There’s also a set of lines for a dated to do list. The opposite side has habit tracking, goals, and what Jessie called “Legend.” This is another name for an affirmation.* 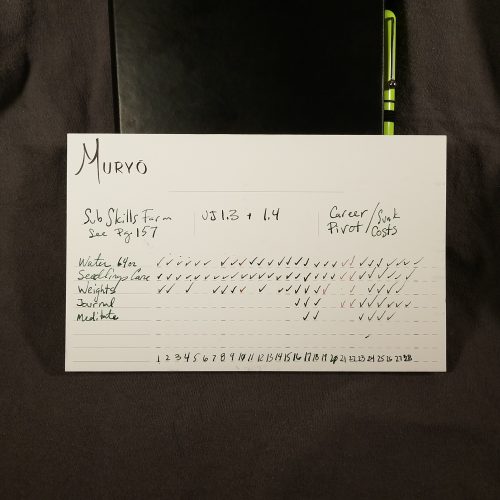 I like affirmations; I think I have to because I’m a therapist. They are extremely useful tools for motivation, goal setting and fighting that pesky self doubt, so whatever you need to call it, use it. I prefer to write affirmations more frequently than once per month. This could be a suitable space to write an overarching objective for the month. The goals section was easier to apply, as I have projects that made the goals easy to write. As for the habit tracking, I dutifully filled that in. Though I realized that without dates labeled, it was hard for me to keep track of where I was, if I wasn’t filling them in daily. 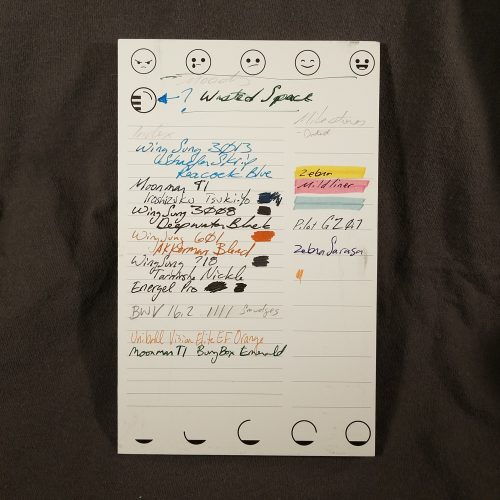 For my use, this is where the system falls apart, if you aren’t using it daily, it’s really easy to lose track of where you are on the habits, and some habits that might require a daily tick mark are easier to monitor digitally. My step count is monitored by my fitbit, water intake is easier to monitor through the fitbit app and so on. Other tasks adapted well to this system, but again, if I didn’t pull out that sheet daily and tick them off, I lost my place. 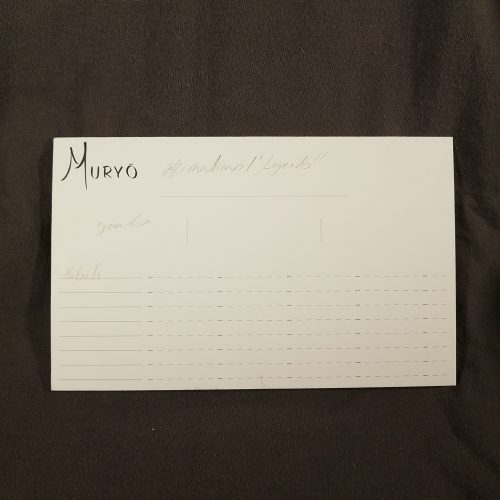 Eventually, I just wrote the dates for the month along the bottom row of the chart.
The flip side with the index lives. This is where things get really useful. I found that because the Muryō sheet didn’t fit my journal as well as an L1917, that lining up the mood and habit tracker was less helpful. So it ended up being wasted space that I’d much rather have used for additional index spaces. I didn’t have a single habit that I wanted to track on its own bumped out space in my journal that wasn’t already being addressed by the habit tracker on the other side of the Muryō. That felt like over kill. 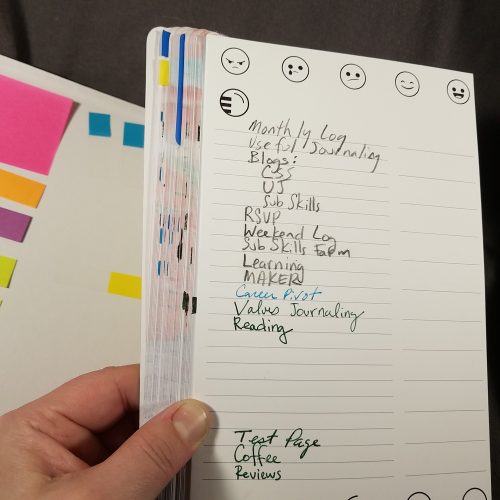 The dated task list area ended up unused because of the way I have my bullet journal set up. My dated tasks end up on their own task list for a specific set of dates.
This brings me to the index system, which is the part of Muryō that I found the most useful. The scribbled index markers on the edge of the page helped me to find areas and ideas in my journal very quickly. All i needed to do was find the correct edge scribble and flip to that area. Fast. Easy.
My over all thoughts about the Muryō is that it’s a nice system if you aren’t already using a system. Putting my habit tracking into the back pages of my journal seems to work better for me than having it on a card that I pull in and out of the notebook. I dislike the idea of gluing it into the journal after I’m done with it and instead stashed it into the back pocket of my journal. I really wanted to keep using the index after the month. It is really tempting to tear the habit tracker off and continue to use the index. I think if you are looking for ideas on how to track habits or a fast indexing system it’s worth testing it out for a month. If you are like me and already using a habit tracking system, or use a digital method** for some of your tasks, this might not be the system for you. 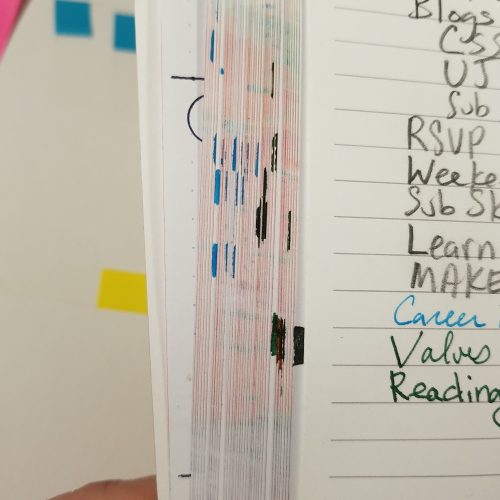 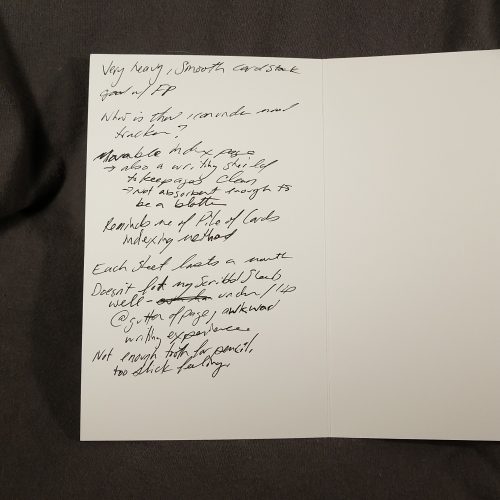 I like Muryō but it feels very personalized and doesn’t quite link up with my Every Thing Every Where journaling style.
*I know that affirmations feel cheesy and we all feel a little Stuart Smalley saying them, but call it by another name and it’s still an affirmation.

**Woot that stationery adjacent tech and analogue we talk about on RSVP!!!