One of my favorite ways of making self portraits is with tracing. I use self portraits in my art journals as a manner of self reflection but also as a way to work on my portraiture skills. Though I doubt anyone would want me to explore them as thoroughly as I explore my own self in these images.

I started with a series of selfies. I’m not very good at them and always feel a bit goofy taking a selfie. Since our bathroom has good light I used that. Sadly I think my phone has a portrait filter that softens the image. I was looking for harsh lines and a great deal of contrast. I had to edit the image into black and white and then bring up the contrast and sharpen it a bit. I then printed a half dozen copies of it. Despite my printer’s toner being less than ideal for resisting, it does resist a bit, which leads to a very dirty resist process with oil pastels.

The next steps was to go over the dark areas and lines of the images with oil pastel and china marker. These resist picking up paint from the gel plate really well. The result is a rough uneven texture that looks fantastic. It’s gritty and feels like a bad photocopy. Each resist sheet can be used 2 maybe 3 times. After that the oil pastel gets clogged up and no longer resists. Save the sheet though, the paint over the oil pastel can be scraped away and makes a great collage sheet. 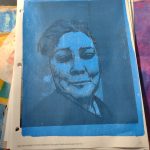 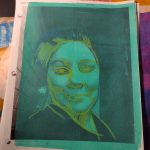 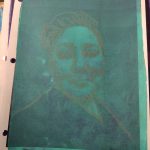 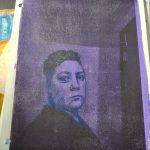 I didn’t include images of all of the resist sheets because I’d already used a few in images.

The resulting images vary from good to barely perceptible depending on the paint I used to pull the image. Some were really great and were used almost immediately. Apologies for not photographing them before processing them into images. 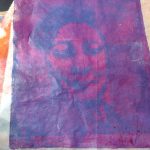 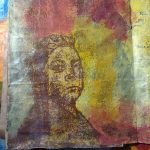 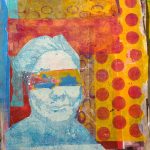 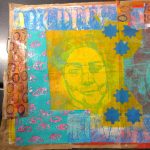 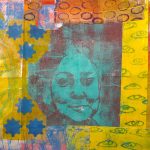 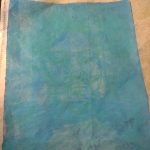 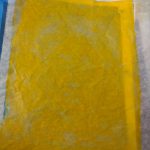 Obviously tracing over images can be a very useful tool, especially when pared with a gel plate. The resulting images from both the resist sheets as well as the plate are great. 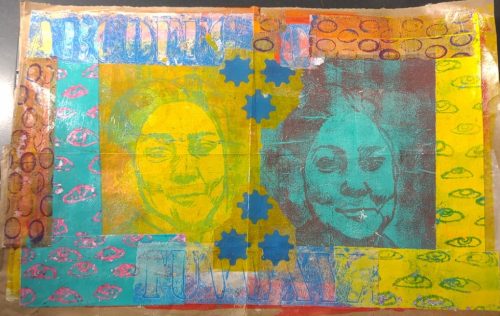 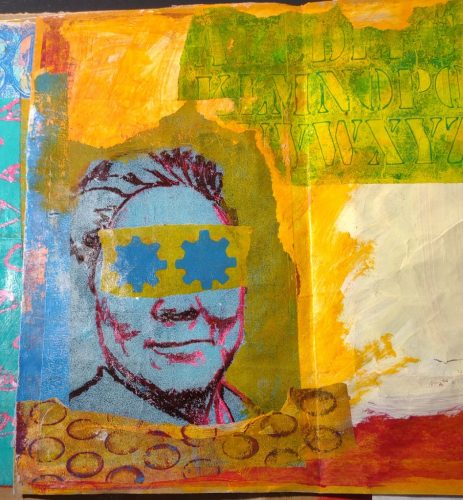 self portrait made with a resist sheet and collage. Resist sheet was allowed to dry and then dried acrylic paint was scraped away. additional pieces collaged over the image were used.

I’ll be offering some mixed media pieces for sale on my Ko-fi page. I’m also offering a few prints for sale there as well. Expect an update in the next week.

This blog is support via my Ko-fi supporters. Folx support me with coffee purchases and ongoing pledges of support. Supporters get access to additional content- instructional posts, philosophical posts, and just art posts. Ongoing supporters get art packs on a regular basis in the mail. These art packs contain prints and art made specifically for supporters. Head over to Ko-Fi for more information.