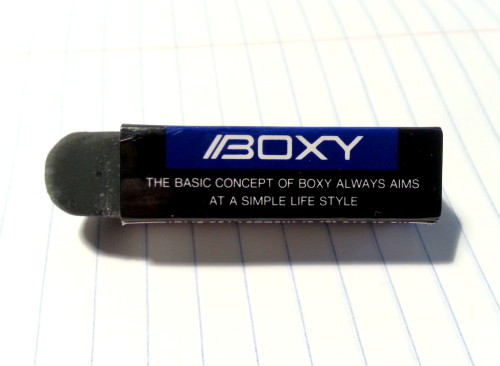 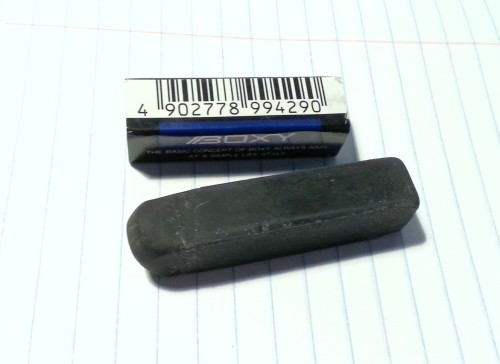 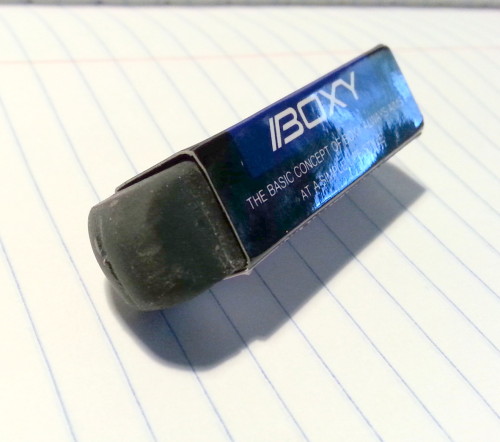 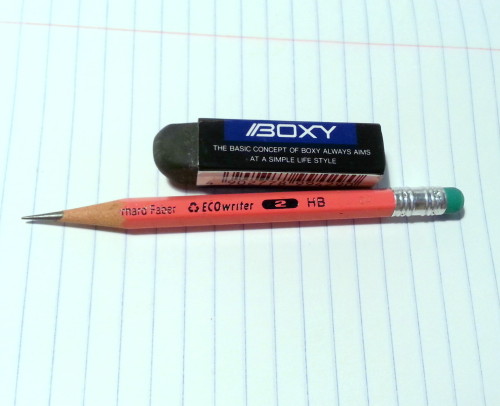 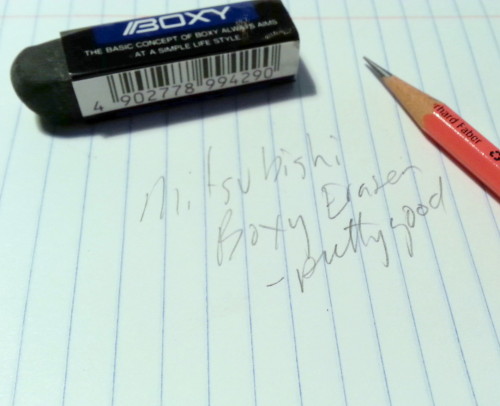 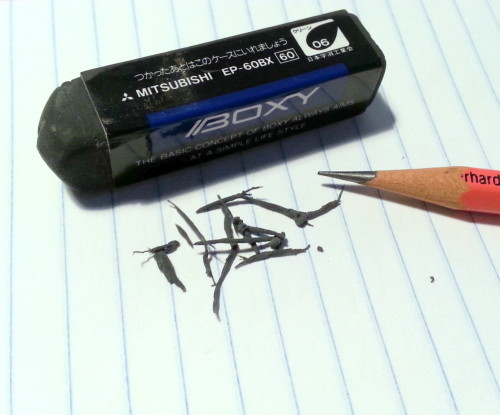 *For those of you not in the know, I worked retail for years and aquired a few retail specific items, one of which is a miniature shopping metal shopping cart. I keep my erasers in it. Big ones in the body, smaller ones in the kiddie seat. It’s awesome.