Staples had these up with a limited time exclusive sign. I’m not sure if that means that these pencils will only be available at only Staples for a limited period of time or if it means they’ll be available like some of the other exclusives I’ve seen from Ticonderoga where they are available at Target for a limited time period then everywhere later. I’m thinking of the Ticonderoga Stripes in particular, which were sitting next to these on the shelf. I didn’t buy these because they were an exclusive Staples item, rather because they had really pretty shades of metallic paint. 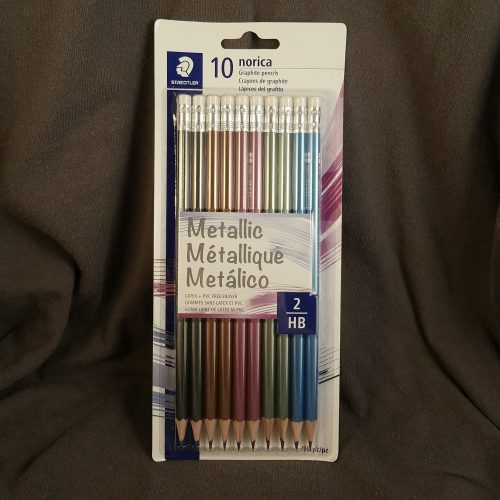 The 10-pack costs $2.99, which is pretty pricey in the land of Norica pencils. At 30 cents each these are among the most expensive Noricas available. 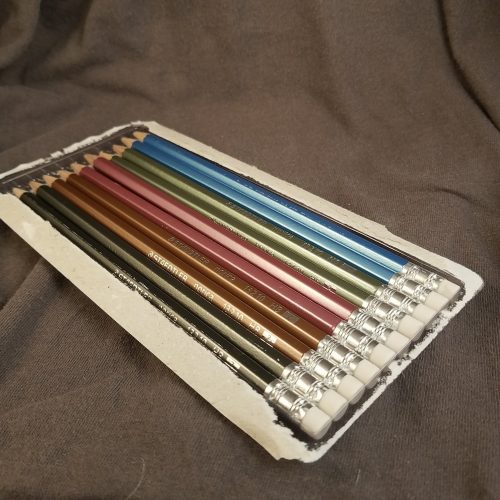 The package is a nice blister pack, though I do wish they were in a simple cardboard box, with a window instead. At least this is a good rigid package. Upon opening the package I found that some of the packaging printing had adhered to the paint of the pencils. I was able to scrape the stuff off with my fingernail and the paint underneath looked great. The lacquer is thinly applied but nicely metallic and glossy. The rough areas of wood are fully visible. The imprint is silver and well done. The ferrule is a simple silver job and on a few pencils had pushed up the paint around its base. Not too awful, but not overly pretty either. The white plastic eraser is nice and works really well. 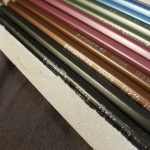 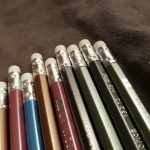 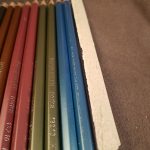 Inside all that is linden/basswood wrapped around a smooth core. The pencil is very lightweight. I added a silicone gel grip to decrease my urges to death grip the thing. It is not as dark as the previous version but for a 30 cent pencil it is smooth and holds a point well, even on rougher papers. 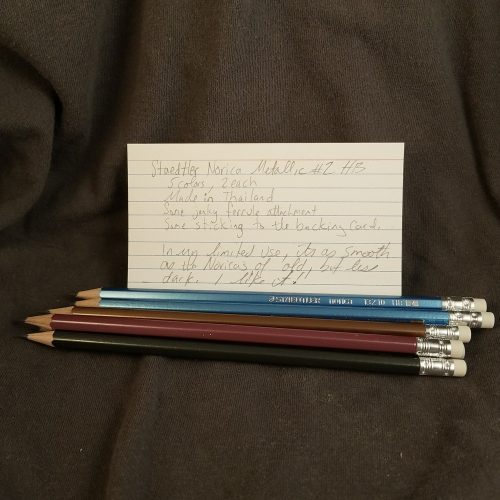 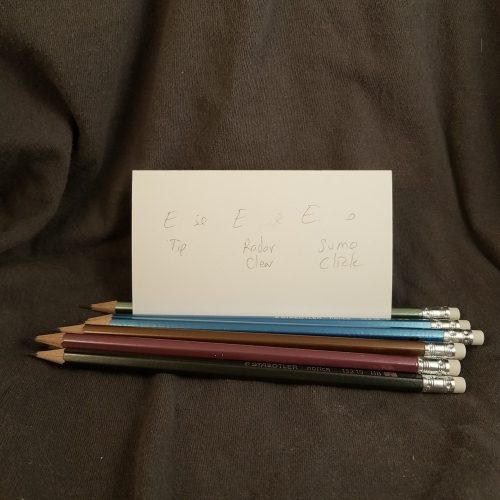 I’m glad I bought a pack of them and they’ll likely get used, I’m a real sucker for metallics. These would make a great gift for a kid or adult interested in pencils.

These pencils were purchased with  Ko-Fi support!