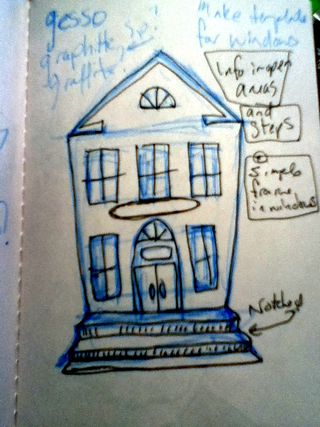 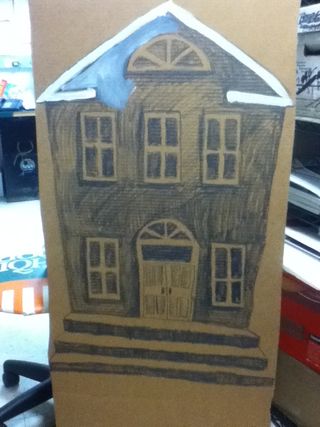 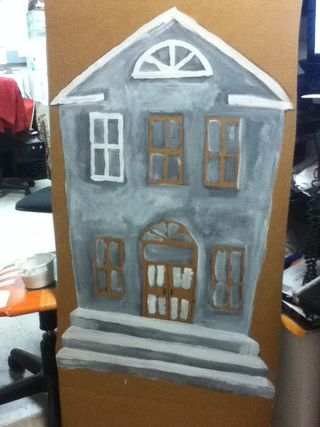 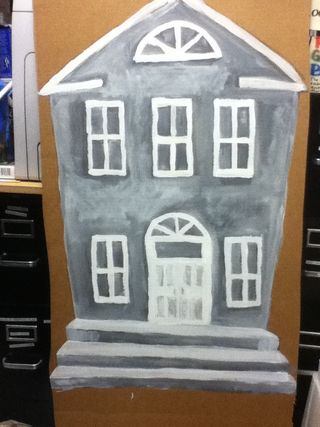 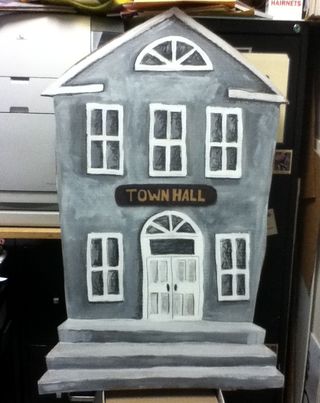 In my journal I’ve been doing what I call "Life Illustrations" in that I try to take one aspect of something on my mind and illustrate it in one image, distill it down so that the image is evocative for me later. I’ve done quite a few and many are too personal for me to share but I’ve taken a few from my journal and used those as sketches for a few small paintings and here are 2 of them: 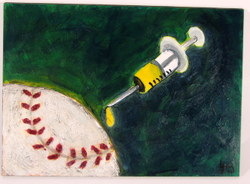 I’ve been quite disgusted with this whole steroids in sports controversy. What disgusts me more is that my tax dollars are going towards investigating it. I’d rather have my money spent on kids in schools than knowing is Clemens infact took steroids. Perhaps Clemens should pay for the investigation with a couple mill of the money he’s made pitching. I made a sketch in my sketchbook of this first. I’ll load up some pics of that later. 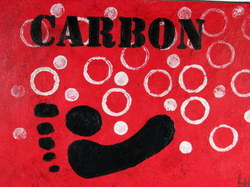 I was discussing the idea of a carbon footprint with someone the other day and this image came to mind. You might remember this image from my sketchbook.

I’m putting both of these up on etsy, you can find them here.