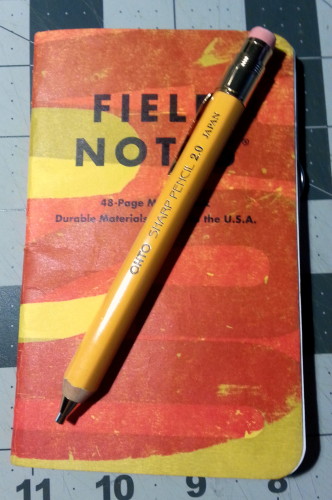 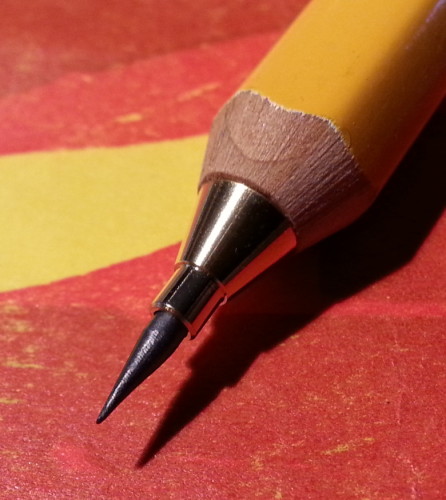 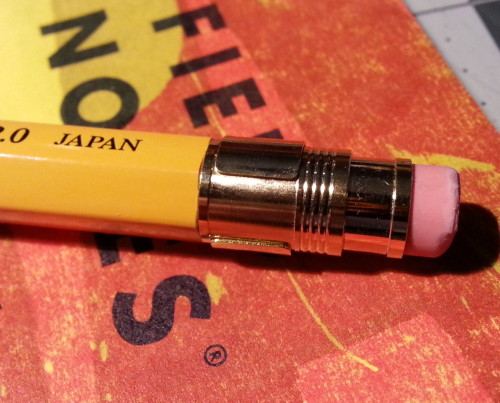 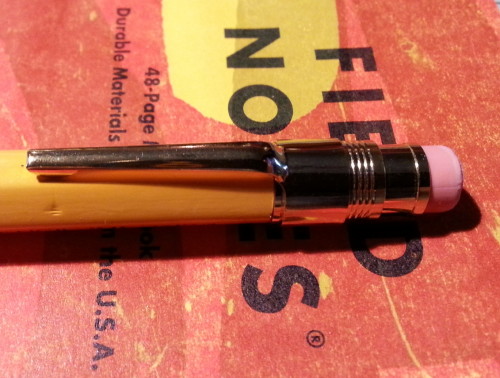 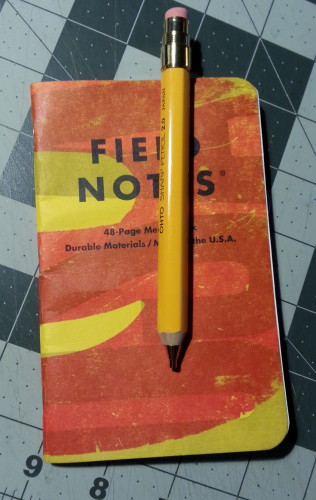 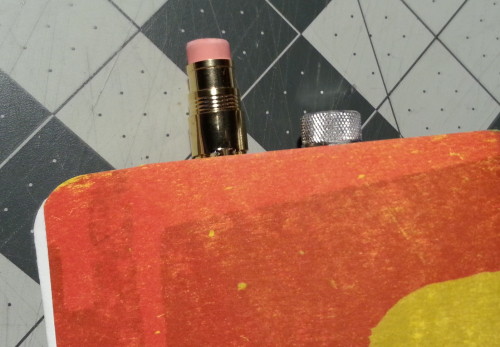 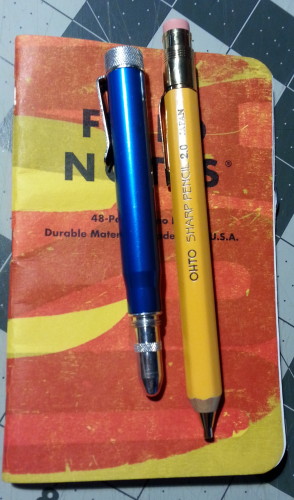 The clutch holds the lead tightly and does not slip at all, no matter how much pressure I put on the lead. The knock deploys 2mm of lead with a satisfying click. The knock itself is a simple mushroom shape that wedges into the internal plastic mechanism. I really like the look of the knock and how it’s simplicity works with the overall design of the lead holder. The clip design is also simple but it works with the overall look of the pencil. It’s strong enough to hold the lead holder to a pocket notebook without excessive overhang. 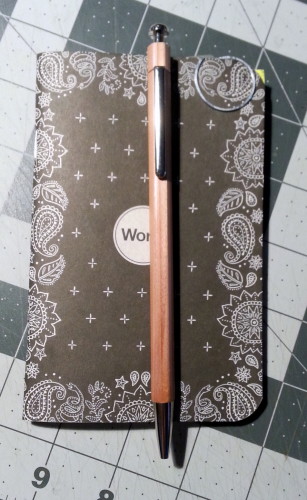 When I first received the lead holder where the nose met the wood there was a slight overhang where the wood was slightly larger than the nose. This slight overhang was barely .5mm, but it was just where my fingers rested as I wrote.  Because the wood is cedar and soft this soon wore down with regular use. 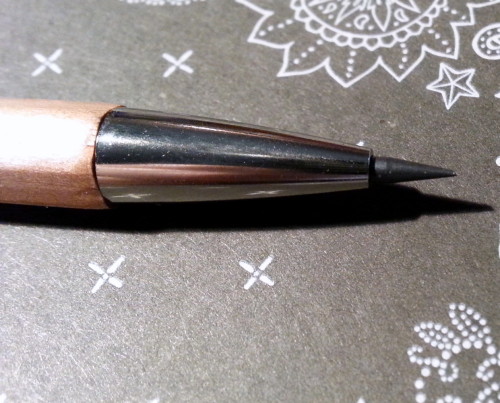 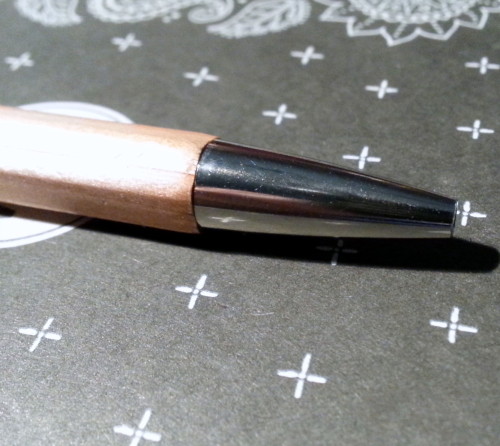 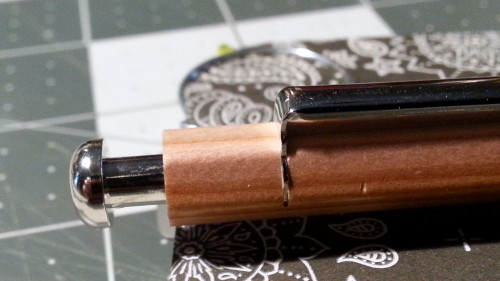 The only downside I can think of with this pencil is that because it is made of soft wood it dents rather easily. While the minor dings and dents that have appeared as I’ve used the pencil might drive some people nuts, I am not bothered by them. They aren’t as bad as the bite marks my Carl A5 makes as I sharpen regular pencils, and aren’t noticeable. 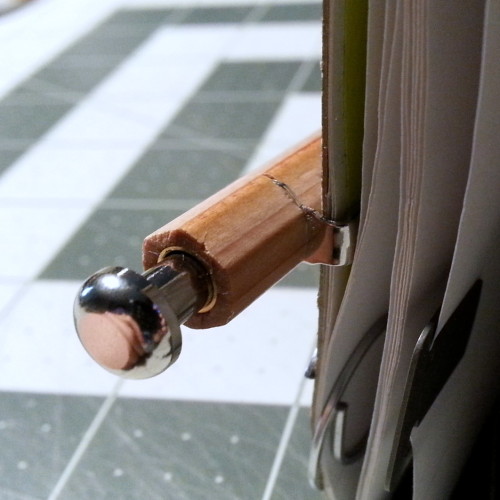 Overall, if you are looking for a good lead holder to help you to transition from wood pencils to lead holders, this is a good option. I find it good looking and comfortable to use.

I picked up mine form Jetpens with my own cash money. Or well cash money I had deposited into Paypal, which I then used electronically to pay for the leadholder. Whatever, you know what I mean, I paid for this.

END_OF_DOCUMENT_TOKEN_TO_BE_REPLACED

The Tombow IPPO! is a Japanese pencil targeted toward kids for working on their handwriting. The pencils have bright attractive colors with one of their six sides white. It makes for a really neat looking pencil. The end is capped  off and neatly banded with a bright silver foil. The grade of the pencil is marked on  2 sides with the company name and dragonfly image on a third. I find these to be tidy and sharp (heh) looking pencils. That single white stripe reminds me of wide racing stripes on cars. Tough and serviceable but bright and fun. There are three different colors in each 12-pack. Mine had a bright lime green, a light blue, and dark blue. The pencils arrive in a nice hard plastic case that is reusable as a pencil case. It doesn’t clasp shut but overlap, so would need a rubber band to hold it shut, but is a great way to protect your pencils on the go. 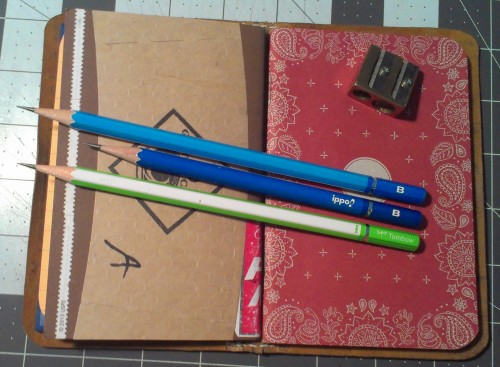 Inside, the soft B core is well centered in an unknown wood that sharpens with ease. I tested out a variety of sharpeners and was happy with all results, from long points to stubby points. Point retention with this B pencil was good but not great. It is a B pencil, so it is soft, but it’s also not the softest B pencils I’ve tried. It’s delightfully dark without using undue pressure, and is smooth. It’s not the silky smooth experience of a Pearl but has a touch more feedback. It’s fantastic. 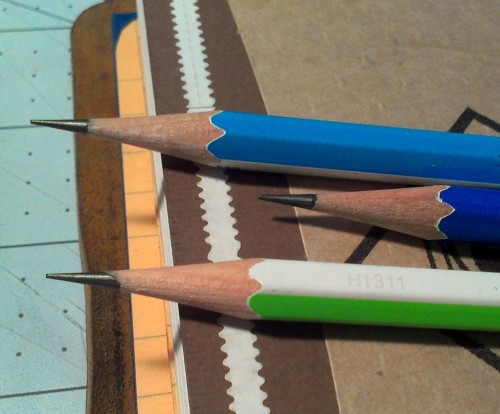 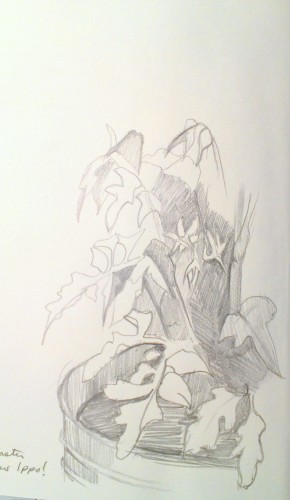 I really enjoy this pencil for written journaling. My words are nice and dark, and it doesn’t smudge too much, but will. For sketching it does well, but for deep dark areas another pencil in a softer grade will be needed.

These were purchased from Jetpens. They ring in around $1 each. The bright colors are fantastic and are eye catching. I can’t help but to have one of each color sharpened and ready for use.